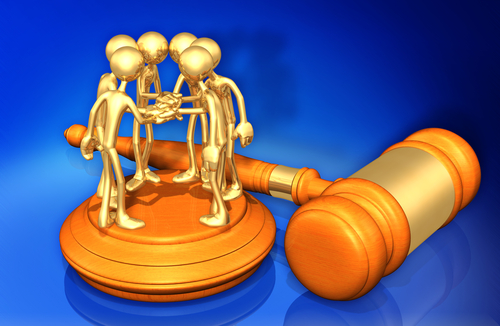 When multiple people have had their rights violated in the same way by the same wrongdoer, whether it be an employer, a governmental entity, or a corporation, the law allows them to join together to bring legal claims in a single lawsuit called a “class action.”

This strength-in-numbers approach is particularly effective in holding wrongdoers accountable in situations where the monetary amounts involved in each individual claim are relatively modest, as most individuals aren’t willing to use the legal system to enforce their rights unless a significant amount of money is at stake.

In class actions, even if the money damages involved in each individual claim are small, the amounts a class action attorney can help you recover on behalf of an entire class of similarly-aggrieved persons can add up to hundreds of thousands of dollars, and in some cases millions of dollars.

The lawyers at the Law Office of Joshua R. Williams have helped thousands of people recover millions of dollars in class action lawsuits, including what appears to be the only class action trial win in an wage and hour case ever in Minnesota.

Contact the Law Office of Joshua R. Williams if you think a class action may be the best way to seek justice and hold a wrongdoer accountable. If we believe your legal rights were violated, we will negotiate compensation or bring a class action lawsuit and represent you in court, if necessary.

We work class action cases under contingent fee arrangements, which means you owe us nothing unless we are able to recover money for you and the class.

Our clients worked for a staffing agency, where their job was to clean Target Field. The staffing agency promised in writing to pay our clients and their coworkers a little more than the federal minimum wage, but not by much: $8.50 or $9.25 an hour, depending on the work assignment. Yet the staffing agency didn’t pay them any wages for the 30 minutes it required them to wait around at its office each day before their shifts started, even though under Minnesota law, “working time” includes waiting time.

Our firm brought a class action lawsuit against the staffing agency on behalf of our clients and the thousands of other employees who had their wages shorted.

After the staffing agency’s lawyers lost several attempts to dismiss the case, the case proceeded to trial. In what appears to be the only unpaid wages class action trial win ever in Minnesota, the jury vindicated the rights of our clients and their coworkers by returning a verdict allowing them to recover the hundreds of thousands of dollars the staffing agency stole from them.