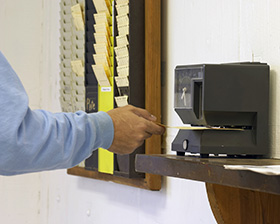 Many employers try to take advantage of their employees by not paying the wages the law requires them to pay. Others think they are doing the right thing, but are ignorant of the law. In either case, all employers have a duty to follow the various federal and state laws that protect workers’ rights to wages. If they do not, they are engaging in wage theft.

The wage and hour laws we see employers violate most frequently are the ones that require employers to pay overtime compensation and to pay earned wages to former employees. We have also developed a sub-focus in tipping and gratuity law.

Just about every time we bring an unpaid overtime compensation lawsuit, the employer argues that our client was exempt and therefore ineligible for overtime pay. And there is a laundry list of exemptions, including exemptions for executives, professionals, some managers, some employees of smaller companies, and persons employed in certain industries. The Department of Labor website provides a list of commonly used exemptions.

But, of course, employers often get it wrong and end up having to pay backpay to our clients whom they misclassified as exempt.

Some employers drag their feet when it comes to paying earned wages to former employees.

Under state law, your former employer has to pay you your earned wages within 24 hours of termination if it fired you, and no later than the next payday if you resigned. If your employer fails to comply with these requirements, it is liable to you for your unpaid wages and a penalty equal to a day’s wages for each day it remains in noncompliance, up to 15 days.

We believe the most effective way to rid the workplace of illegal wage theft is to hold employers accountable.

To that end, the lawyers at the Law Office of Joshua R. Williams have helped thousands of people recover millions of dollars of lost wages.

Contact us if your employer has stolen your wages. If we believe we can prove that your legal rights were violated, we will negotiate compensation or bring a lawsuit and represent you in court, if necessary.

In situations where an employer has stolen the wages of many employees, we can join coworkers together in a single lawsuit called a “class action.”

Our client worked as a driver for a chiropractic clinic. For three years, he worked six- and seven-day work weeks for 10 to 12 hours a day driving patients to and from the clinic. The clinic never paid him overtime, and fired him when he complained about its failure to pay him the wages he was entitled to receive under the Fair Labor Standards Act (“FLSA”).

We sued the clinic on his behalf.

The clinic first took the position that the fancy job title it gave him, “Director of Transportation,” exempted it from paying him overtime wages. When the clinic recognized that we weren’t backing down from our lawsuit, however, it did the right thing and paid him twice the amount of overtime wages it owed him, an amount equal to almost two years’ salary.